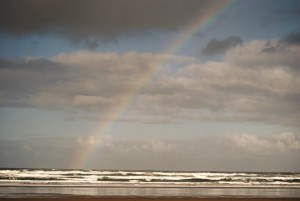 Recently, I have seen too many studies to link here, talking about how the effects of child abuse are being confused for ADHD, or lead to a variety of mental health issues, or even physical health issues. Just today, I saw this quote in an article about a male support group in Canada:

Many of the men in the group, including Schottmann and Allan, have struggled with addiction. Allan points to a 2004 Health Canada Survey that found 93 per cent of those seeking treatment for addictions report being sexually abused.

All of these things started coming together in my head, along with my own experience, and I realized something. When a child is abused, there is an unnatural disruption in their normal development. For me, I was so busy trying to survive what was happening, and pretend that it wasn’t happening, that I developed some really unhealthy habits. Dissociation, depression, withdrawing, and becoming numb was how the little kid I was made it through what was happening. That’s all well and good, but it’s impossible to develop into a healthy adult when that is how you’re developing.

Think about it. I’ve seen people genuinely surprised by studies that seem to show that the same effects are seen in adults who were emotionally and physically abused as children as those who were sexually abused. We know that depression, bipolar, addiction, anxiety, violence, and myriad other problems that we see in adults can be attributed mostly to these adults simply being maladjusted, unprepared for the stress and responsibility of adult life. Gee I wonder if being abused as a child forced them to grow up without the normal development cycle?

Again, I don’t to speak for every survivor, but in my case, the depression and suicide attempt in my twenties was absolutely a result of my not knowing how to be an adult. When things got stressful, I shutdown, just like I did as a kid being abused. I hadn’t learned anything else! So yeah, it doesn’t surprise me at all that many survivors would turn to drinking, or substance abuse to cope with stress. Or that they would struggle with depression and feelings of worthlessness.

We were never given the chance to develop in a nurturing, caring environment in the way that children are meant to develop. Once that environment ceased to exist, we were left to our own devices to figure out how to cope, not how to develop. We’re developing late, and that can be messy, ugly, and chaotic. It can even lead to very tragic lives.

The good news, though, is that this is a development issue. That means that all those things we didn’t learn as a child, can be learned now. Again, it won’t necessarily look pretty at times. We’ll struggle, the same way that children struggle, and we won’t have the safety net of caring parents to keep us safe, but we can still learn.

Yesterday marked an anniversary for me. Nothing big, but it was important to that time of my life. 6 years ago yesterday I started working at my current employer. Starting this job then was a big deal, not because of the job necessarily but because it marked the final corner turn in my recovery. After…

So here it goes, switching the weblog over to the other host so I can continue using FTP to get to it. I realize now that I haven’t been writing here much, I guess I’m just not really having any big abuse issues that are worth discussing. In some ways that’s an excellent thing, but…

This is an important story. It tells the story of a young girl and how she wound up a victim of sexual abuse at the hands of her gymnastics coach. The reason this is important is that it’s become clear we have a problem with sexual abuse in sports, and her story, or some version…

I upgraded the Movable Type installation to 3.11 this evening. Assuming that this posts, everything seems to be working properly. The impetus for moving was comment spam, unfortunately. I came back from our last vacation with a dozen or so comments that had been posted to the site. Normally, spam comments are gone just about…

Last week, I sat in on a webinar to discuss online privacy, and how to protect yourself. During the session it was mentioned that you want to be careful about your privacy settings on social networks, like Facebook, because you wouldn’t want to broadcast to your coworkers, or potential employers that you joined a group…

I saw this advice about what to say to someone who’s currently unemployed on the Manager Tools blog this week, and it reminded me very much of how I felt after I had a fugue episode and was in therapy and on medication. Paul went on to say that since he left his job, it’s…