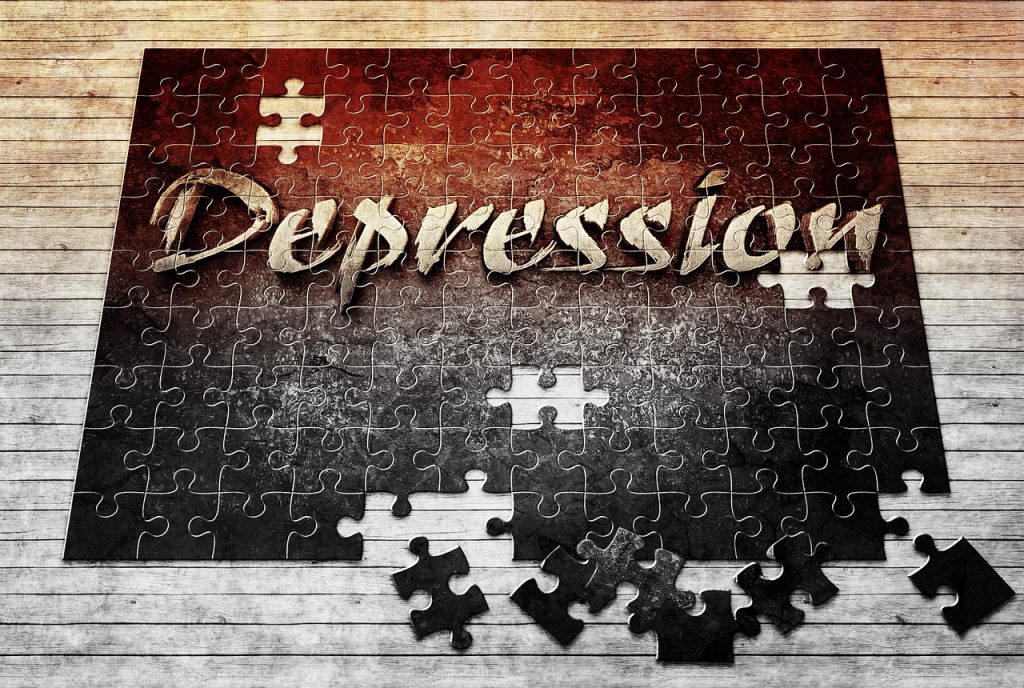 I read about an interesting study out of Ohio State University yesterday. The headline immediately got my attention as it seemed to really show how much stigma there is about depression and mental health in college, but then it took a turn.

First, the immediate take away from the study:

When college students post about feelings of depression on Facebook, their friends are unlikely to encourage them to seek help, a small study suggests.

In fact, in this study, none of the 33 participating students said their friends told them they should reach out to a mental health professional to discuss their problems.

Instead, most friends simply sent supportive or motivating messages.

Right away I started to think we have work to do here. Friends want to be supportive, but none of them even attempted to help direct this person to professional help. That concerns me. Are we so afraid of “therapy”, and the stigma around it, that even when we see someone expressing their struggle we don’t want to suggest it?

Well, maybe. That might explain part of what was going on here. But there’s more if you dig in deeper.

Although participants reported that none of their friends suggested they get help, Cash said she is sympathetic to the plight of these friends.

“For the friends reading these posts, they often have to read between the lines since few people came right out and said they were depressed,” Cash said.

“Many people used quotes and song lyrics to talk about how they’re feeling, so their friends really had to decode what they were saying.”

So really, what we may be seeing with these college students is a double whammy. Yes, when they see a friend struggling they are extremely hesitant to suggest seeking help, and they are not educated enough about depression to know what it is when they have it, or be able to recognize it without someone saying they have it.

I don’t know about you, but when I was first struggling with major depression and dissociation it wasn’t like I went around telling people that I was having fugue states and a major depressive episode. I didn’t even know what that meant. Facebook wasn’t around, but I couldn’t have very well gone out and said “hey friends, anyone know what I should do about major depressive episodes?” Of course not. It’d be ridiculous to expect anyone to do that, let alone someone struggling with depression. So we say other things, or we find some odd, quirky way of expressing it, mostly in our behavior and in our language.

That where the people around us come in, and, unfortunately, since many of them are convinced that depression doesn’t happen to people like us, or isn’t talked about in public, they have no idea what depression might actually look like, and since their friends aren’t coming out and sharing a diagnosis, they aren’t attuned to the possibility that they might need help, and even if they somehow are attuned to it, they’re not suggesting they might get help.

That combination of not being aware, and there being so much stigma around getting help is not going to help with the epidemic of mental health issues that we see in colleges around the country. We have to do better.

To educate yourself to be better prepared to recognize the signs of depression, or even the signs of suicide risk, see the links below:

Want to know the quickest way to depression? Leave CNN on all day. I guarantee the non stop war coverage will leave you unable to deal with life. You see, the thing is, we have 24 hour news coverage, but our minds were never designed to handle non-stop war coverage. We can be concerned for…

Since we’ve been having all this discussion about friendship and relationships, I thought I would pose a question. When you tell people about your abuse or talk to them about specific issues surrounding it, suffering from depression for example, how would you like them to react? What do you expect from your friends, family, significant…

Thanks to Psych Central for pointing out a British Journal of Sports Medicine study that shows as little as 20 minutes of physical activity can reduce the levels of anxiety and stress. I know that I can tell by my stress level if it’s ben too long since I’ve been to the gym or gotten…

I see this a lot in our communities as well. Again, empathy when dealing with an individual child, or supporting a loved one with a mental health struggle is great, but trying to feel the pain of all of the abuse survivors we are likely to come across in the world online, is a sure way to overwhelm yourself and burn out. I’ve seen it over and over again. Much like COVID-19, these issues are global, and huge. Trying to take on that much pain is an impossible task, and isn’t actually going to be helpful. Much better, is to develop compassion. As the guests on the show discuss, compassionate emotions push us to act. That act, helping others, does more good for them, but is also good for us. Instead of feeling overwhelmed, and shutting down, we are taking some small amount of control over the situation, and acting on it in a way to helps. We become the helpers that Mr. Rogers so famously talked about. Being a helper, makes us happier. It sets aside our own anxiety and struggle to do something, which is always a good way to move beyond those things.

I don’t know what’s been going on the last few days. I don’t feel really good physically, but I don’t have any real “sick” symptoms. I’m easily irritated, have little patience for anything, don’t seem able to focus for very long, have lost interest in a lot of things, and just generally feel very “blah”…

Not about child abuse, but an interesting read from Robert Scoble about how the internet is helping him through hard times. Mostly I wanted to share my email to Robert earlier today: Robert, I just read your blog entry from last night and wanted to drop you a line. Not to offer condolances or anything…