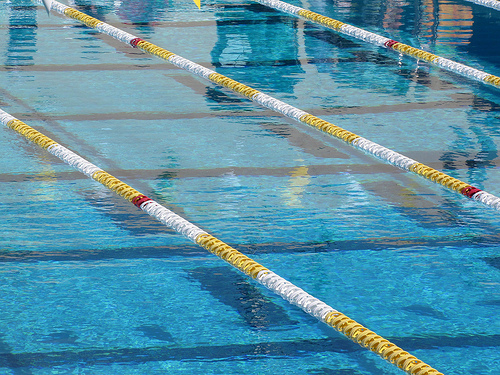 This is, sadly, not something we’ve figured out yet. We’ve seen the same thing happening again and again. Someone with some fame, or success in sports, who can promise success for our kids, comes along, and we forget everything we know about the risks. We also fail to understand that a predator is not going to prey on every kid, that would make it too easy to get caught. They will look for a target:

“In a group of 20 kids, they’ll target the kid whose parents are separating or who don’t have the time,” Boueilh, who was not involved in the Leroyer trial, said in a phone interview. “When they have everyone’s trust, they go after the child.”
In Leroyer’s case, he wormed his way into families with marital difficulties and where fathers were often absent for work; families where his offers to help, to take kids to games, for burger meals, on holiday and even to tuck them in at night, were gratefully accepted, out of trust or necessity.

The article has some tips for parents who want their kids to be involved in sports, to get the benefits from playing on teams and being active, but also want to keep them safe. I’d go read it if you’re concerned about your own kids teams.

Apologies for the delay today, looks like there may be some technical difficulties with getting the post automatically from Diigo to here again! Psychological effects of bullying can last years Shattering myths about child sexual abuse 1in6 Thursday: Secondary Survivors Abusive parents: What do grown children owe the mothers and fathers who made their childhood…

Would you add anything to this list? 26 Truths People Living With Depression Wish Others Understood

Following CBG’s post about a priest convicted of covering up sexual abuse, I received an email informing me of a blog post written by Alan Collins, a UK solicitor who specializes in abuse claims. In it, he provides a recap of the case, and what it means going forward. Granted, as a solicitor part of…

Catching up with news following computer problems last week, US Jesuits have settled a class action lawsuit for the abuse perpetrated against Native American children over a 50-year time period. The BBC covered the story which you can read here. – CBG

When I think about Monika’s point, and my own look at the numbers, I repeat what I said back then, when looking at one individual, the ACE survey is never the whole story. There are lots of childhood experiences that go unaccounted for, there are individual levels of resilience that are not accounted for, and there are early interventions that are not considered. One traumatic experience equals one traumatic experience in the final number, regardless of whether that experience was immediately followed up with support and maybe even therapy, or if it was ignored and maybe even repeated. There are numerous factors beyond simply answering more than 4 questions yes and assuming you’re an addict, or not answering enough questions yes and assuming you aren’t. It is much more complicated than that.

The ACE information is important though because it points us back to that childhood trauma and says “what happened to you?” when treating an individual for depression, or addiction, so that we can include that in our healing. What we want to be careful with is turning it into a blunt instrument when there is still so much not being accounted for within it.

Hint – the current state is not great. But, if you want to know more, there is a ton of information available here. http://www.mentalhealthamerica.net/issues/state-mental-health-america

See a sample before subscribing here.

If you'd rather use RSS - that feed is here.