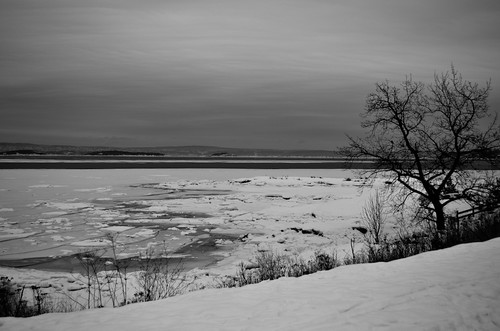 I really liked Natasha Tracy’s description of depression when I read it.

I have problems with lots of the little things. Opening mail, for example. You would think that tearing tiny pieces of paper and reading letters would be relatively simple, but it’s not – at least, not for me. For me, I just think about the mail and I get overwhelmed. I actually have to talk myself into actually opening little envelopes.

And while this could be driven by, say, an inability to pay bills, for me, it’s not. For me it’s just mail, in and of itself. For whatever reason, I just can’t do it.

And I know I need to do things like shower and open the mail. These are normal, everyday activities that need doing. But so often, at the end of the day I find that I haven’t done them – again. And this knowledge of failing at the little things is so depressing. I tend to beat myself up about it.

I think anyone who has ever suffered from depression can recall those days. The days where you really just get overwhelmed doing the smallest little thing, and then feel like a failure because you couldn’t even do that little thing without getting overwhelmed, thus leading to feeling more overwhelmed, and so on and so on.

I don’t think people who’ve never had, or were close to someone who had depression, understand this. You go to the mailbox and get the mail without a second thought. You get up in the morning, shower, make some coffee and so on. When you have depression, nothing is that easy. There aren’t any activities that you can do without a second thought. Everything is a struggle, everything requires monumental effort just to even attempt to do it.

I can remember, for example, trying to boil water after I was released from the hospital. Granted, I was both depressed and physically unwell, recovering from a 9 day hospital stay for a virus. Anyway, I tried to just boil some water to make some pasta for myself, and wound up spilling it. The only thing I could do was sit on the kitchen floor and cry. It was at that point that I realized that was about as low as I could get, and much like Natasha’s advice, if I saw someone else suffering in this same way, I’d help them up and walk them through doing what they were trying to do, all the while telling them it was ok, they could accomplish this, and then they could accomplish the next thing, and so on until they were doing amazing things. Needless to say, while I thought that, actually putting that thought into practice was hardly an overnight thing. Overcoming depression doesn’t happen all at once. You don’t suddenly snap out of it, for the most part. You start to build yourself from the ground up. You hit bottom, and then you figure out what you need to do to get the mail and showered today. Once you’ve started accomplishing that, you move on to the next thing, and before you know it, you’re living life and doing the little things again.

So, feel some compassion for yourself, find the correct treatment, and start with one accomplishment today. Then go from there. At least, that’s what worked for me!

Yesterday was the Thanksgiving holiday here in the US, which of course makes today the biggest shopping day of the year as everyone gets the jump on Christmas shopping. (Well not everyone, I haven’t even left the house today, though I do have some plans with a friend for dinner, so I’m not a complete…

Today is St. Patrick’s Day, and while to many of you that simply means green beer and parades, to me, and many other Irish-Americans it means something else entirely. You see, in Ireland, traditionally, St. Patrick’s Day has not been a big party. In fact, most see it as a very holy, somber day. There…

It seems like there’s a whole lot of people blogging now days. Some do it for obvious reasons, wanting a journalistic outlet for their writing, wanting to share technical information, wanting to try and persuade others on political issues, wanting to share sites they find useful, or they just want to share their life in…

Last week, I sat in on a webinar to discuss online privacy, and how to protect yourself. During the session it was mentioned that you want to be careful about your privacy settings on social networks, like Facebook, because you wouldn’t want to broadcast to your coworkers, or potential employers that you joined a group…