That’s what Bruce Schneiner suggests is at the root of a story about a woman in South Carolina who was arrested for letting her 9 year old play at a park while she was at work. Now Bruce is an expert on security, and risk assessment and I tend to agree that we don’t assess the risks very well, especially when it comes to very emotional topics like protecting children. 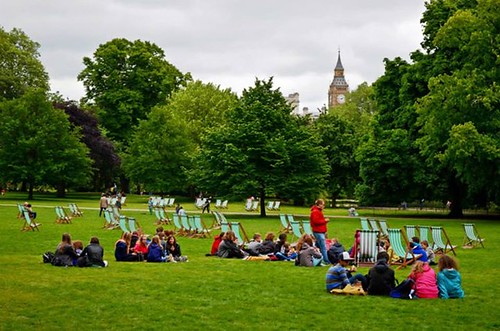 Now, without knowing the kid, the park, the neighborhood, the people in the park, or anything like that, I can’t say how much of a risk this truly was. I was allowed to walk to a neighborhood park as a 9-10 year old by myself for Little League games, so I don’t find the idea of a 9 year old hanging around a park by herself to be as shocking as some others might. I also know the truth about child abductions and abuse, that the vast, vast majority of them are the result of someone the kids already know, not the random stranger on the street. But, the random stranger on the street abducting a child does happen from time to time, and perhaps in this situation, leaving the kid there wasn’t the safest thing in the world. But, it also sounds like maybe there weren’t a lot of options here, which is a whole other blog post that I’ll let someone with kids write!

No, what I want to talk about are the irrational fears we have as a result of media attention. You see it’s the rare and random crime that gets the media attention precisely because it is so rare and random. A child being abducted due to custody disputes, or a child being abused by a family member, doesn’t grab headlines the way these other stories do, so you don’t notice it as much. Unfortunately, our brains are hardwired to pay attention to the risks that we see and hear, and those are the ones that make big news, rather than the risks that we take everyday.

So, it’s the “stranger danger” risks that grab our attention, because the stories are horrifying, but also because it’s the type of risk we feel like we can do something about. Managing the real risks of children being abused is hard. Figuring out how to keep kids safe from the much more likely risk, the people already around them, requires a lot more work and good ideas. But people don’t want to acknowledge the real rate of victimization, or imagine that kids are being abused by people they already know! It’s too scary to think about!

Thus, we spend billions of dollars on tracking convicted sex offenders, despite the fact that it hasn’t done anything to reduce the rate of victimization, and we make it a crime to leave your kids alone, where these scary perps might snatch them. Again, I don’t want to demean those stories, kids being abducted by strangers happens, and it’s awful, but given the much higher likelihood of kids being abused by people close to them or their family, might we have found better ways to spend those billions? In ways that would be more beneficial and actually reduce the rate of victimization, instead of providing a quick, and false, sense of security?

Imagine if, instead of a database that told this women there weren’t any convicted offenders in the area of the park, which does nothing to protect her child from predators who haven’t been caught yet, or the people she knows and already trusts with her kid, we were able to provide her with daycare options so her kid didn’t have to be left alone while she worked?

Ultimately, that is the problem with emotional responses to individual stories. Yes, what happened to some kids, at the hands of a previously convicted sex offender was horrible, and I understand the need for those involved to do “something” to try and make the situation better for the next kid. I honestly do, but at what cost? For every dollar spent on something like the offender registry, we have to ask what else we could have spent that money on, and whether it would have accomplished more. That’s the discussion we can’t have when an issue is emotionally charged, but it’s the one we should have if we truly want to protect kids from being abused.

One of the worst ways I’ve seen people wreck their own mental health is by not knowing their own limits. If I may borrow a sports metaphor, one sure way to lose at any sport is to try and do too much. Let’s take my favorite sport, hockey, for example. There are 6 players on…

Thanks to everyone who submitted something to share with other survivors for this month’s carnival! This month, I decided to repeat a theme that the carnival has had before, change, for my own personal reasons. As it turns out, the very day that this edition goes “live” on my site, happens to also be the…

I’ve written before about how much I love the sound of a train whistle on a summer night, because I can remember that sound from visiting my grandparents. Visiting them on Long Island every summer was one of the few times that I was able to feel safe and just be a happy child. Well…

I’m thinking today about what really excites me. What really makes me feel alive. Two things leap to mind, one the love of my wife, and the other learning something new. I get totally jazzed and excited when I start to talk to people and share ideas and learn from our conversations. I really feel…

Ah, the art of disclosure. Actually coming forward and telling someone about the childhood abuse you experienced. Seems like it should be so simple. Something bad is happening, or did happen so tell someone about it. If only…. It’s not that simple, and we all know that. I recently saw someone sharing an article from…

What if I told you, that all those businesses that are struggling to find good workers in the current labor market, or who are losing workdays due to various mental or physical health issues, should be thinking about long term solutions to the problem? What if I also told you that many of these issues,…